Rikki Patil is a main character in Days Gone. She is a survivor of the Freaker outbreak and the second-in-command of Iron Mike's Camp.

She is a former companion of Deacon St. John and Boozer, and is the romantic partner of Addison Walker.

Rikki was born in the late 1980's and lived in a small town outside of Portland, Oregon. As a child, she was raised by her father Krishna alongside her two elder brothers. Her father was knowledgeable in repairing vehicles and was aided by her brothers, which inspired Rikki to pursue a career in engineering.

At the age of 17, her father gave her employment in Boeing, she also studied part-time at school to become a mechanical engineer. As an adult, she worked in the city, enjoyed couch surfing and returned home for the weekends.

On the day of the outbreak, Rikki was a hundred miles away from home and by the time she arrived back to her house everyone was gone and presumed dead.[1]

The roads were blocked up all the way down to the coast with Willamette Valley practically being a warzone. At some point, Rikki first met Boozer and Deacon St. John after helping them fought off a band of Keermeejies in Tumalo. She rode with them until settling down at Iron Mike's settlement, determined to help Mike in restoring civilization. Rikki became good friends with fellow survivor, Addison Walker, eventually forming a romantic relationship with her. Rikki reluctantly parted ways with Deacon and Boozer after the former had a falling out with Iron Mike's pacifistic ways.

This article is a stub. You can help Days Gone Wiki by expanding it. 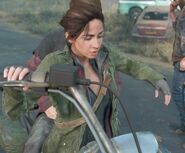 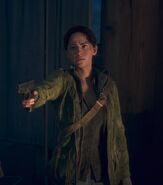