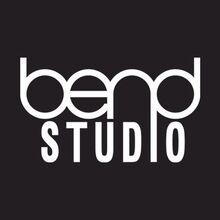 Bend Studios is an American video game developer founded in Bend, Oregon in 1993. They are a subsidiary of Sony Interactive Entertainment.

They are best known for being the developers behind the series Syphon Filter.

They are currently developing Days Gone for the PlayStation 4, their first console game since 2004. The game went into full production in January 2015.

Retrieved from "https://daysgone.fandom.com/wiki/SIE_Bend_Studio?oldid=1647"
Community content is available under CC-BY-SA unless otherwise noted.